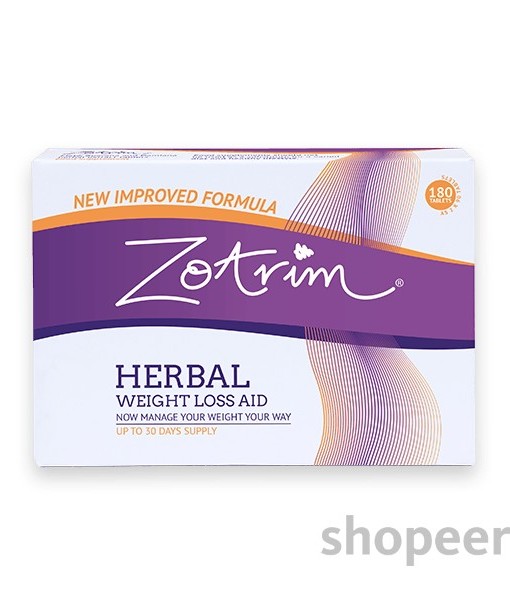 Zotrim reduces your urges for food, whilst providing you with more energy so you can get more out of every day. It is comprised of natural ingredients and backed by comprehensive clinical studies.

Losing weight has never been more fashionable. In fact, some might suggest that it has become a pre-requisite for life.

Unfortunately, that’s just the way the world is heading although if you are like the typical person, you just don’t possess the time to embark on a strict diet and go to the gym twice a day.

This is where Zotrim enters the picture, with this product able to suppress your appetite and provide you with more energy to burn calories. We’ll now review Zotrim in full detail.

We’ve already discussed how Zotrim is able to provide you with more energy and allow you to resist the urges that food often promotes. Here are the ingredients that allow it to achieve this:

Yerba Maté  This is the main ingredient of Zotrim and is particularly popular in South America. It has been used for years in this region of the world as an appetite suppressant, while some people also appreciate its fatigue-reducing qualities.

Guarana  This is a component which is often found in weight loss supplements, for the simple reason that it has been proven to be effective. It specifically allows you to get more out of each day, as it contains more caffeine than a standard cup of coffee. This doesn’t just allow you to reap the energy benefits, but also boosts your metabolism.

Caffeine  As well as the caffeine content in Guarana, the product has added caffeine again. This simply multiplies the effects we have just spoken about.

Damiana  This is another ingredient which can help you say ‘no’ to food. It also works wonders for those of you who might emotionally binge-eat.

Vitamin B  Zotrim also contains Vitamin B3 and Vitamin B6, which are crucial in helping your body convert food into energy.

As is the case with every weight loss supplement, each individual is different. However, something that separates Zotrim apart from competing products is the huge number of studies that have been conducted.

One of these trials analyzed the calorie consumption of participants who visited a buffet for lunch. After finishing their meals, it was found that those who used Zotrim had consumed 112 fewer calories than those who hadn’t. These results were just sought from one meal – suggesting that the power of Zotrim could be huge.

There are some sterling success stories associated with the product as well. It’s not uncommon to find that some women have slashed their dress size in half – with this equating to as many as twelve sizes in some cases.

Bearing both the science and success from past users in mind, we’ve no doubt that this is a product which is very likely to work for the majority of you who decide to try it.

The price of Zotrim seems comparable to most weight loss supplements on the market – even those which carry much less backing from a scientific perspective!

You can buy zortim from the official website at zotrim.com.

Be the first to review “Zotrim”