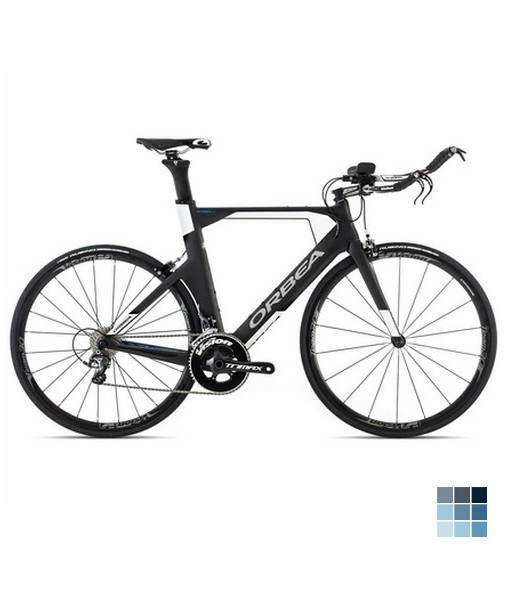 The 2016 Orbea Ordu M20 Triathlon Bike combines aerodynamics, sturdiness and just general sexiness to provide one of the most complete bikes for the cycling enthusiast who craves speed.

For the serious cyclist out there, speed is everything. Unfortunately, this usually comes at a cost and manufacturers are forced to make at least some form of compromise to provide you with a bike that is capable of reaching peak speed.

This is something which didn’t seem to occur with the 2016 Orbea Ordu M20 Triathlon Bike, with the product boasting technology that certainly managed to raise our eyebrows. Here, we take a look at the product in full detail.

Is the Orbea Ordu M20 Triathlon Bike suitable for you?

As we may have already mentioned, the  2016 Orbea Ordu M20 Triathlon Bike is only going to be suitable for the serious cycling enthusiast.

It takes advantage of premium components and if you are casually looking for a bike to cater for your weekly trip around the park, it’s probably worth considering something else.

Instead, the  2016 Orbea Ordu M20 Triathlon Bike is designed for those of you who want speed without compromise.

It’s astonishingly lightweight and has been designed so it reduces drag by a staggering 25%. Considering the fact that the bike is also able to pretty much eradicate vibrations, it means that it’s completely suitable for you if you like to ride fast without any sudden movements getting in the way.

What is unique about the Orbea Ordu M20 Triathlon Bike?

We’ve talked about speed, and there’s no doubt that this is what the Orbea are priding themselves on when they market this bike.

However, it’s rare that a bike is able to incorporate so many other features. The smartly designed frame means that there is additional stiffness in the front frame and rear triangle, meaning that your ride suddenly becomes that much smoother.

We could go on all day about the aerodynamics and positive results this has on speed, but let’s also point out the aesthetics of the  2016 Orbea Ordu M20 Triathlon Bike. It’s completely sleek, minimalistic and just looks like a cyclist’s pride and joy.

We’re pretty astounded that Orbea have managed to incorporate such looks with a bike that performs so well from a speed and vibration perspective.

Additionally, on the topic of Orbea – they’ve been making bikes for 85 years. It’s rare that a complete racing bike is put to market so competitively by such an industry giant.

While the 2016 Orbea Ordu M20 Triathlon Bike might not be designed for the casual cyclist, we thought that it represented very good value for money considering its advanced feature-set.