It’s something that never ceases to amaze and for eternity, probably will continue to do so. Advances in technology not only seem to be becoming more impressive, but they also seem to be bending reality in some cases.

Two decades ago the mobile phone was starting to become mainstream. Now, we can’t live without them. When you see some of the technologies that are in development below, just think that the same might occur with them in twenty years. Who knows… 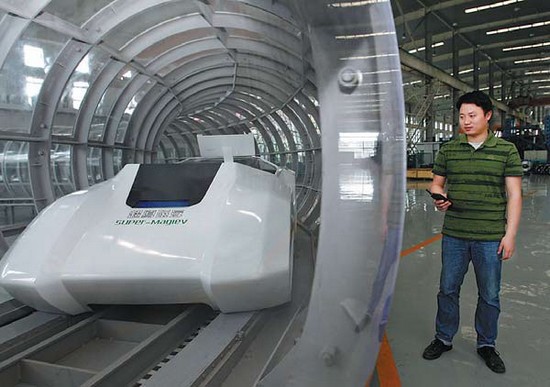 It’s already quite amazing to see how the London Underground has developed over time, with this ‘tube’ becoming one of the most fascinating modes of public transport. The fact it was created so long ago, back in the 1800s, with little technology speaks volumes about its success.

However, it might soon have a much more advanced competitor. Scientists have been developing something called magnetic levitation within trains, which means that the trains levitate above a track and prevent the friction which usually causes a decrease in speed.

It works via an electromagnetic field and by 2045, it’s hoped that the whole of Japan will be connected by such trains, which are capable of travelling up to 480 kph. Work has already started, which highlights how developed this field is.

Realizing that friction is one of the biggest barriers to speed, scientists frantically scratched their head and found out that there was an even bigger obstacle; wind.

To eradicate this, a company called ET3 has devised an idea where levitating trains run in a tube system which means that wind is no longer a hindrance. The result? Trains can travel up to a mouth-watering 6,500 kph, yet passengers wouldn’t notice a difference in G-forces.

The even more impressive result? Prototypes have been built and if successful, you could travel across the whole of the US in less than an hour. Wow. 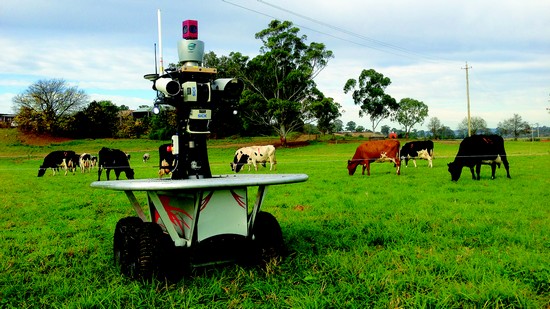 This is one advancement that perhaps should have already hit our farms, although rising unemployment rates are probably the reason behind its delay.

In simple terms, this revolves around agricultural robots; devices which can perform the rigorous farmland tasks that require so many man hours to take on.

We’re talking about those typical jobs that are out in the fields, whether it’s picking fruits or planting seeds.

There are plenty of signs suggesting that these developments are just around the corner as well. It was only in 2011 when one company secured approximately $8 billion in funds for a robot that was capable of carrying out 40% of the labor that’s generally performed on farms.

Quite incredibly, some of these robots have analytical systems as well, with one able to judge the ripeness of fruit before deciding to pick it or not.

The technology is there, but many have suggested that robotics is a difficult industry for products to thrive in. Therefore, it might be a few more years before we see these machines dotting our fields. 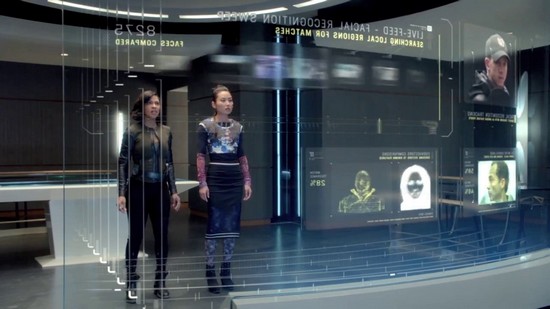 Televisions have been developing at a frantic pace for a number of years. It’s now no longer satisfactory to buy a standard HD product; it has to be a smart TV as well as boasting all of the extra high-definition capabilities that have crept into the market.

Well, things could soon be changing again – on an even bigger scale. Forget flat screens, some companies have devised holographic displays that have “viewing areas”. It means that you could effectively crowd around them and view lifelike images from a whole host of different angles.

Furthermore, these viewing figures aren’t restricted in the slightest – they could effectively be the size of the house.

Unsurprisingly, the guys over at MIT already have answers for this. They’ve made a holographic chip that can already stimulate lifelike objects and create the type of display that movies make us believe is a normal experience.

While the technology most certainly exists, you may have to wait a while before it appears in a Best Buy near you. The costs associated with these devices are so high that it’s just not considered possible for domestic release just yet.

Still, experts believe that it should happen in the next ten years – when the cost is driven down to the same level that we pay for current flat screen televisions. 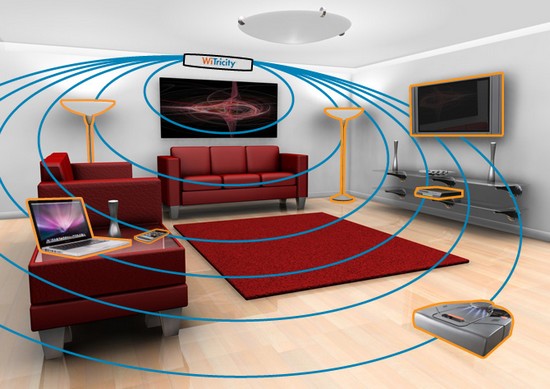 Wireless electricity sounds like something which borders on the dangerous, but it’s actually just around the corner. In fact, it has already been developed and while it can’t be accessed on a large scale, there are plans to make this possible.

The hope is that in around ten years (this seems to be the magic timeframe in the world of technology), batteries will be a thing of the past.

Scientists are working on the principle that objects can pass energy between them via electromagnetic waves. It would mean that homes would have their own “electric hubs”, which act as a station for all devices to be powered by.

Or, how about body power? 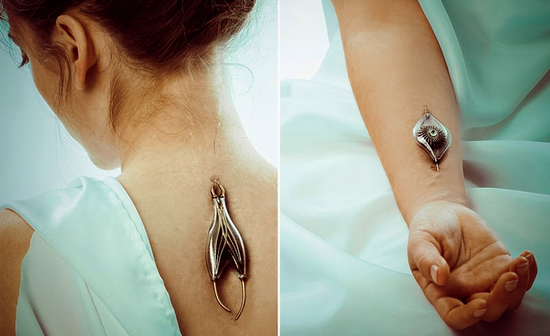 On the subject of a power, there’s another invention doing the rounds. This time it doesn’t focus on power hubs around the home, but instead on our body powering our devices.

Scientists have found ways in which natural energy generated by the body can be used to directly power electrical devices.

Whether it’s walking to charge your phone, or simply utilizing body heat for the same effect, research suggests that this will one day be possible. The days of your phone dying whilst out on the road are long gone; it will simply top itself up again just by movement.

The phone that will slip into a credit card holder 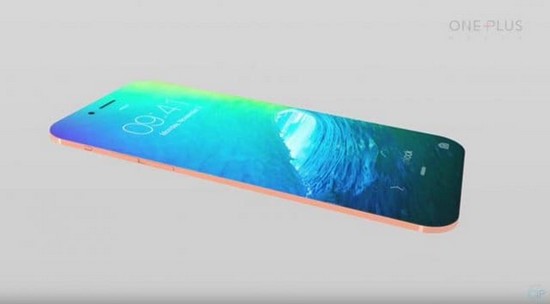 Remember the days when laptops were like sheds, and mobile phones resembled bricks? It makes the 2013 showcasing of a paper-thin computer even more unbelievable.

That’s exactly what occurred though, after the aptly named Papertab entered industry conferences.

Again, it’s hoped that such technology will be accessible by the masses in the next decade. There are hopes that fully functional computers and mobile phones will be developed that are paper-thin and flexible.

Perhaps the most interesting part of this technology is that not only does the phone not consume power when it is not being used, but it is surprisingly difficult to damage.

For something which could slip into a wallet or purse, this makes this development very interesting indeed.

The pill (for sunburn) 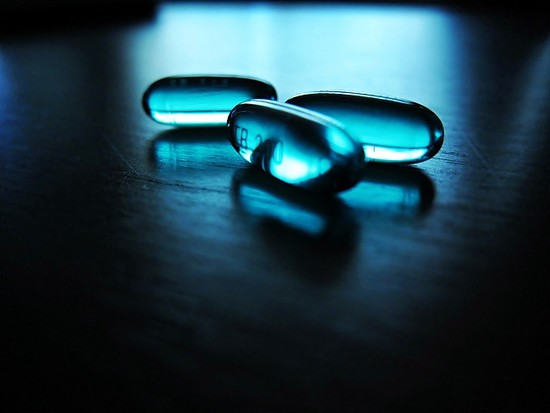 For decades we have been used to treating our skin with sun lotion; slapping it on at given intervals in a bid to beat the red marks that often accompany a vacation. According to new technology, these days could be over very soon though.

This isn’t some sort of pie-in-the-sky deal either; studies have shown that the skin experiences much less sun damage via this ingredient than traditional sunscreen.

Such studies have spanned as far as the acclaimed King’s College in London, which again suggests that this is a very conceivable idea that could be on our shelves in the imminent future. 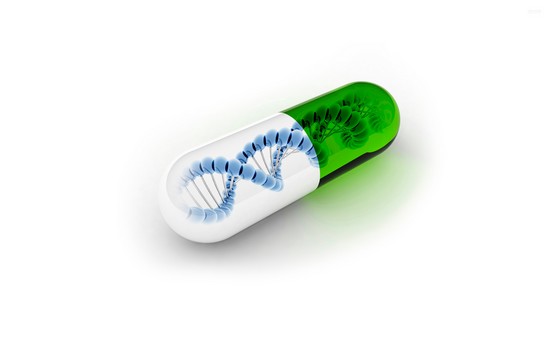 We’ve just spoken about the sunscreen pill, but this next invention might possibly be even more groundbreaking. Researchers in the Netherlands have devised a pill that can diagnose problems within a patient, before feeding back the information to doctors who can then act.

Such information could potentially be lifesaving, with one project at the University of Texas focusing on a device which can detect skin cancer without the normal testing procedures which involve biopsies.

Additionally, these “miniature” implants can be programmed. Subsequently, they can be injected at various points of the body and be told to travel elsewhere. 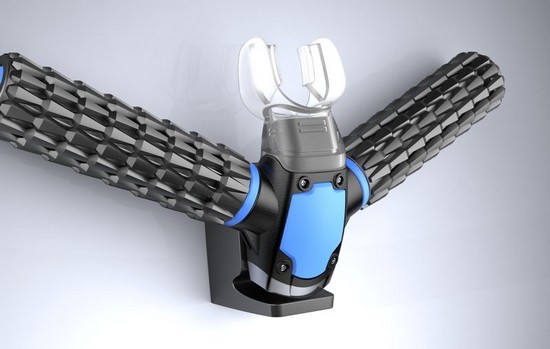 Ok, so the ‘human fish’ might not be the most technologically-appropriate name to describe this invention – but this is an accurate description nonetheless.

For years, scientists have mulled over technology which replicates the effects of a fish’s gills. In other words, some sort of system that extracts oxygen from water which has the knock-on effect of allowing us to be submerged for much longer periods of time.

It finally looks as though an Israeli inventor has cracked the code, with Alon Bodner hoping to bring his LikeAFish creation to market.

Scientifically, this device works by lowering the water pressure within an airtight chamber and moving around 190 liters of water a minute to create sufficient oxygen for the user.

The downside is that the inventor is still struggling on how to make this “portable”. At the moment, it’s too heavy and cumbersome to be used domestically, although the military are said to be considering it within naval submarines such is its capabilities.

The end of tooth decay and gum disease? 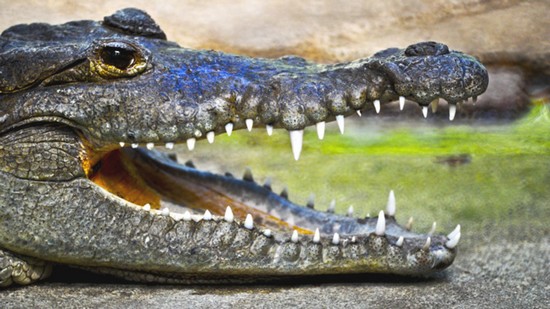 Next, we’re onto a technology that could potentially put a stop to tooth decay and gum disease for good. It seems almost inconceivable that body parts could regenerate, yet after studying alligators teeth it was found that the same results might be possible in humans over time.

It was discovered that an alligator would regrow teeth if they lost any. The significance of this is that while alligators may differ from humans in a lot of regards, when it comes to teeth they are very similar.

The big reason why our teeth don’t regenerate at the moment seems to be because of the inner area of the tooth, the “pulp”, which isn’t able to grow back. However, scientists have been working on stem cells which can produce the correct tissues when the demand arises (such as when a tooth falls out).

In 2012 it was found that this was possible in a laboratory – the next step is bringing it to “real life”. 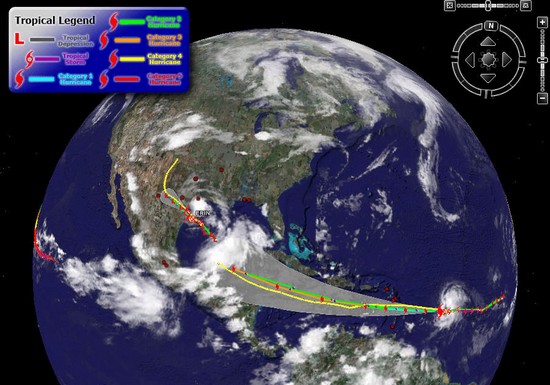 Since its inception many years ago, Google Earth has developed at quite the pace. However, this next development will knock the stuffing out of most of the others we have experienced.

Scientists are currently working on two video cameras which will eventually live on the International Space Station. The idea is that they will capture real-time images of Earth, which will then be relayed back to Google Earth.

The technology doesn’t just stop there though. One company is attempting to take the live streams from around the world and layer them on Google Earth.

When these streams are placed together, a live snapshot of Earth and day-to-day activities will be possible to see.

A fusion reactor that works 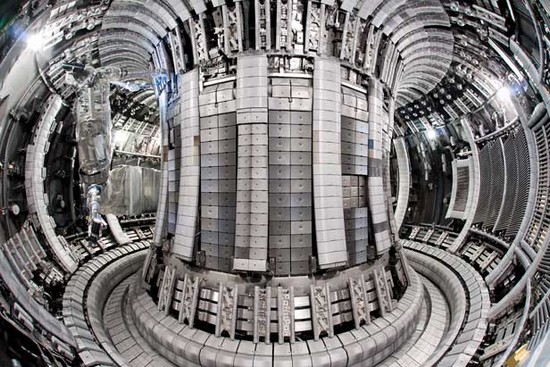 Up until recently, fusion reactors just didn’t work. They required far more energy than they outputted and unsurprisingly, this was game over for a lot of companies involved.

However, developments have now occurred. Courtesy of a project called ITER (International Thermonuclear Experimental Reactor), which has been put together by seven countries, it’s understood that a sustainable fusion reactor will be possible.

A magnetic field, in the shape of a donut, will contain temperatures which are as hot of the sun. The result? It will produce a mammoth 10 times more power than it uses. It will comfortably be the largest nuclear fusion device ever seen.

Check out the bestsellers under Electronics & Technology!