When someone mentions ‘pets’, most of us immediately think of cats and dogs. However, exotic birds are gaining more and more popularity and if you know little about them, it’s time to read on.

While there’s no disputing the companionship, love and general delight that standard pets like cats and dogs provide, there are plenty of drawbacks which owners around the country will be fully aware of.

On the whole, owning an exotic bird is a completely different experience but nevertheless, another hugely fulfilling one.

There are of course some downsides, which we will also address, but if you’re sat on the fence when it comes to these pets it’s time to read on and find our ten reasons why they can be the ultimate pet.

You’ll be able to hold an intelligent conversation (almost) 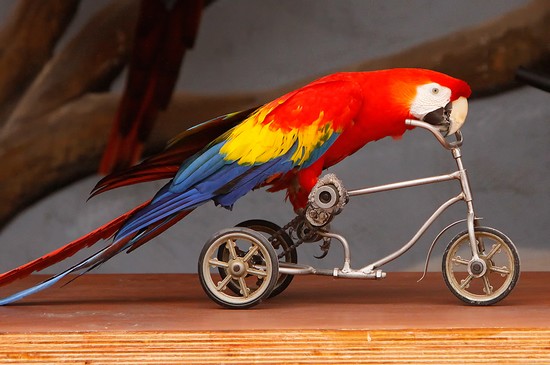 Let’s kick off with an intelligence factor; birds are just damn smart. In fact, we’d go as far as saying that you can hold a stimulating conversation with some advanced ones out there. Just ask yourself, is there any chance that this would occur with a dog or cat?

The intelligence levels of these animals are beyond the believable in some cases. They have a fantastic mental capacity and you don’t necessarily have to specifically teach them things, they will just pick things up.

Of course, this is only going to occur if they have frequent human companionship – if you’re out all day your bird won’t be as smart as if you were working from home, for example. 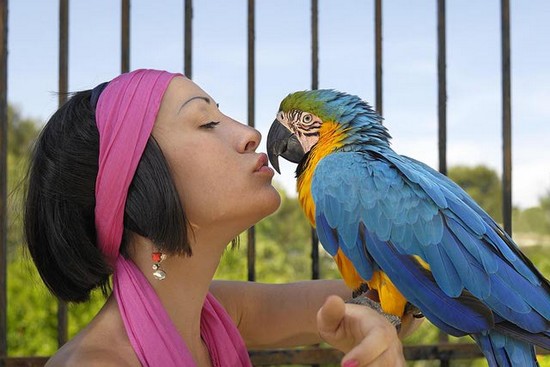 It should therefore go without saying that birds are hugely sociable pets. Sure, dogs are known for their social advantages, but it again comes back to that communication factor.

Bring a friend round, and immediately your exotic bird is likely to put his language to the test. They’ll also bond very quickly with humans – just like dogs and cats.

Gone are the grooming days 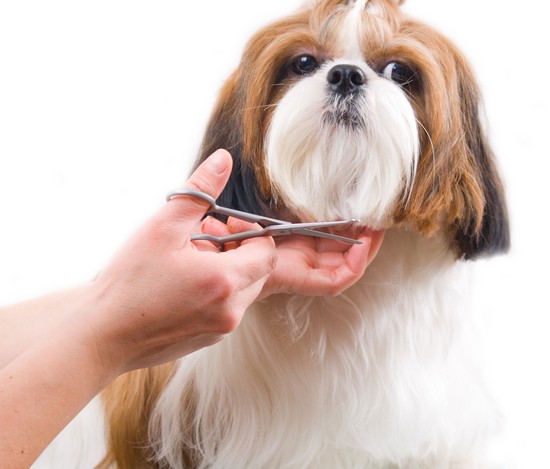 One thing that a lot of furry pet owners detest is the grooming tasks. It’s a chore to say the least and if your dog isn’t a fan of the brush, things are made a whole lot harder.

The feathered nature of birds means that grooming just isn’t an issue. There’s no brushing; birds are naturally clean and will tend to clean themselves.

Some species might need a little more attention than others in this regard, but even then a short shower or bath in clean water is all that’s required. You may need to trim their nails or beak from time to time as well.

There are very few allergy barriers 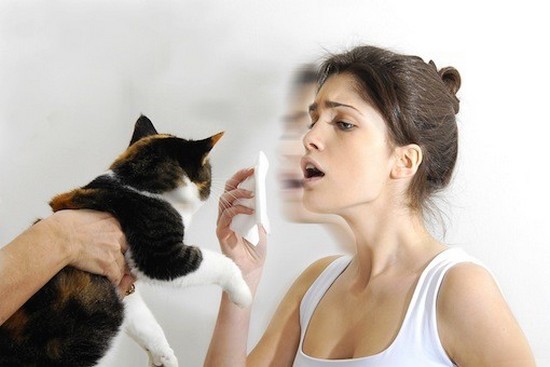 It’s quite amazing just how many people in the country are pretty much ineligible from owning a cat or dog because of an allergy.

This is usually due to the dander that occurs on their coats and suffice to say, due to the feathers, this just doesn’t occur with birds.

Little else needs to be said in this case – if you start sneezing you no longer have to blame it on the pet.

Generally, caring for birds is just much simpler

It’s no secret that dogs and cats are the nation’s favorite pets, but they also happen to be very difficult to care for.

They have the lease of the house and if you do venture out for a while, there’s every chance a chewed wire or ripped sofa could be awaiting you if you happen to have a mischievous pet.

Birds are much different in this regard. While there are certainly some mischievous ones out there, the fact that they can be confined to a cage is significant.

It means that any destruction can be left to just a small area and this just makes life a whole lot easier.

Then, we’re onto the subject of walks. Let’s point out that a lot of dog owners absolutely love taking their pet pooch out for a stroll, but at the same time a lot just don’t have the time.

Suffice to say, you don’t need a lead for birds – they can just fly around the house and that’s sufficient exercise for them. In fact, in a few cases at least, a big cage might be sufficient most of the time for some species.

Training is also a walk in the park (not literally) 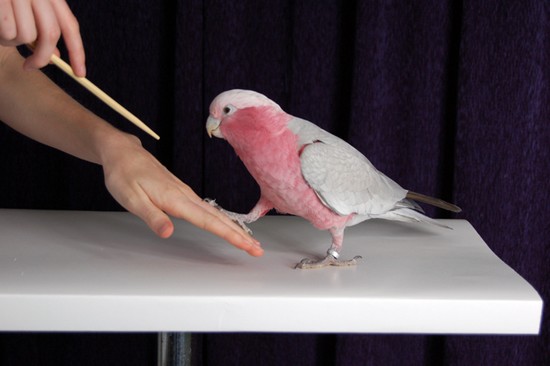 As well as being easier to keep in general, birds are much easier to train as well. As we’ve already pointed out, this is an exceptionally intelligent pet.

They simply bask in learning and showing off their intelligence – and this makes training a really interesting experience for both owner and bird.

In fact, this training can happen quite unnaturally – which has been known to be a problem. Many birds pick up expletives, simply because their owner uses them around the house. As such, a degree of caution has to be taken whilst speaking around your bird!

Don’t worry about dollars and dimes 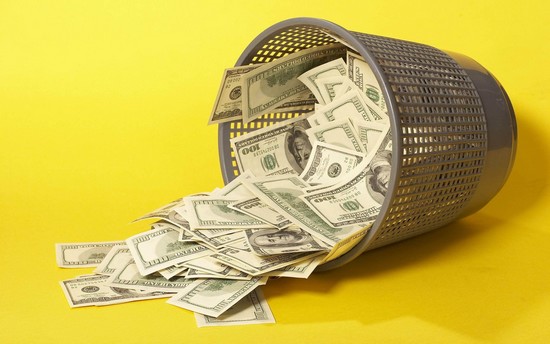 Birds are significantly smaller than dogs and cats – at least, the type that live in a domestic cage are. It means that they’ll be consuming much less food and the knock-on effect is that the bills will come crashing down.

Most will munch on pellets along with fruit and vegetables – hardly an expensive concoction.

You should of course start to take into account the cost of toys and medical supplies, but in general birds are a much cheaper animal to keep than other pets. 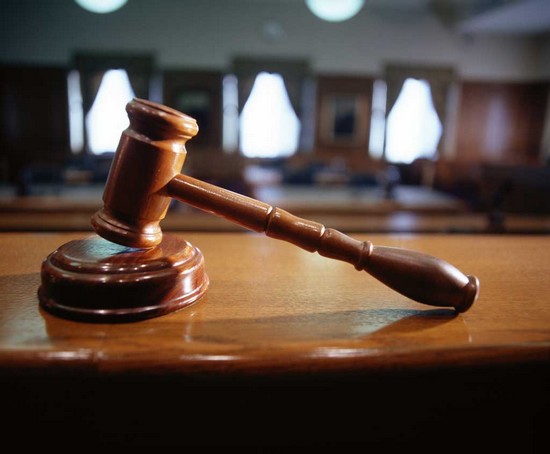 We spoke about allergies earlier, and how these tend to be one of the biggest obstacles for a lot of people in the country when it comes to owning cats and dogs. However, something else which can be a barrier is landlord regulations.

A lot of landlords are not overly keen on allowing cats and dogs into their premises and considering some of the horror stories you can hear, it’s not actually that surprising.

Birds are slightly different though. The majority of landlords won’t collect a pet deposit against them, nor will they charge extra just because you are residing with them. Most realize that they’re not going to cause damage to a property so if you do rent, this is a major advantage.

You also don’t have to have a huge home 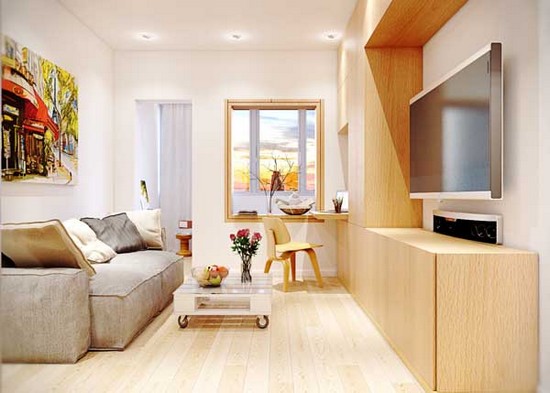 On the subject of your home, you don’t have to reside in a massive dwelling to own a bird. Unlike cats, and particularly dogs, you don’t need a huge space for them to roam around in.

It’s more than possible for anyone living in an apartment to keep a bird and while larger cages are preferred for a lot of species, it’s still possible in a small home. 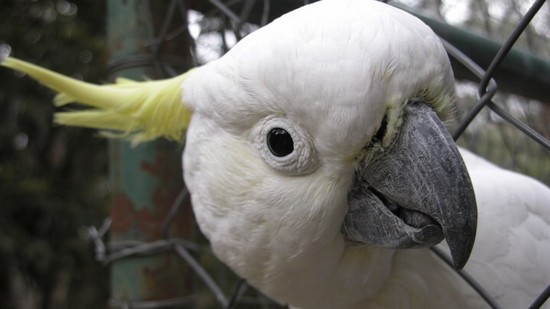 Finally, most birds will age exceptionally well. In fact, the question you might have to ask yourself is if they will outlive you – as this can be a big problem for a lot of owners.

It’s not been unheard of for some species to live in excess of forty years, with many at least eclipsing twenty.

As such, the heartache that often accompanies dogs doesn’t necessarily have to occur. Of course, great care has to be taken to ensure they live in good health so they can reach these years, but on the whole they live fantastically long lives and this is a major advantage for a lot of owners.

Check out the bestsellers under Household & Pets!